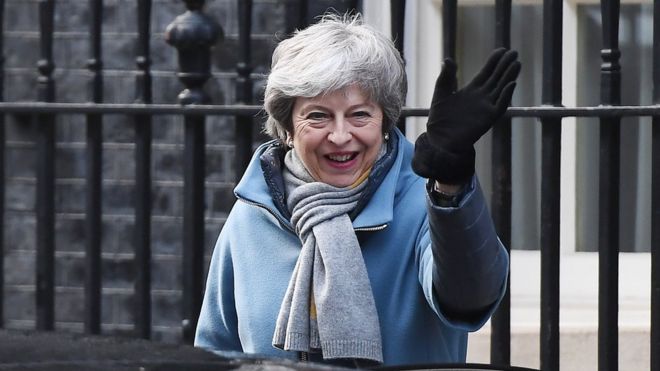 Theresa May is to try and persuade her own MPs to vote for her Brexit deal for a third time next week. Having seen it voted down, along with the possibility of no-deal, May will hope that the 75 of her own MPs who voted against the Withdrawal Agreement on Tuesday evening will change their minds. People like David Davis, who resigned over the deal back in November, voted for it on Tuesday.

Whether the Brexit Bulldog did so purposefully is another matter, Gerry says..B