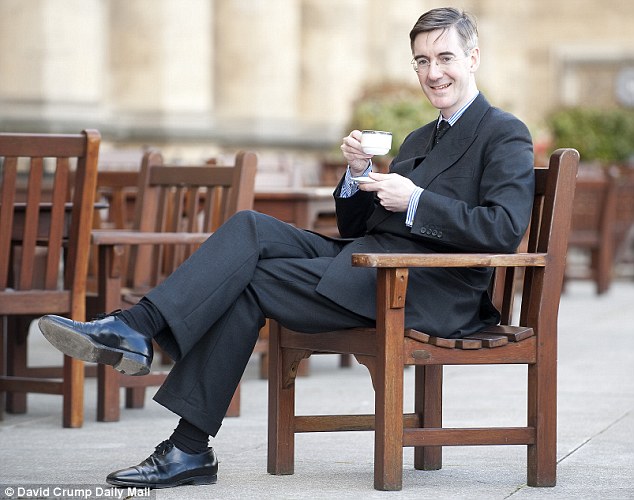 Last week, most Westminster bubble journalists were preparing themselves for a seemingly inevitable no-confidence vote in Theresa May. Just seven days later, that has all changed. Steve Baker, the so-called ‘numbers man’ of the one-issue obsessive European Research Group, publicly proclaimed last Friday that the sacred 48-letter threshold had been reached, with potentially ‘at least’ a dozen more on top. That has, of course, been revealed to be utter claptrap, as per usual of these self-indulgent people. The hardliners in the Conservative Party are dangerous fringes, who have been tring to gain a place in the mainstream for an aeon. If we let them have that, Britain can truly say goodbye to a global and tolerant future.

Most of the members of the hard-right part of the Tory Party have been in Parliament for decades. Having secured good money from soliciting or banking beforehand, they enter Westminster, in a gloriously safe seat, with little to fret about involving their job security. They can easily fulfil their tasks in the country while engrossing themselves in the archaic traditions and customs of Parliament, which always include making vulgar, alpha male noises towards other members, especially women. They also come in with one issue in mind: those pesky Europeans. All those French, Belgian and German bureaucrats from Brussels who will one day of course, create a monstrous European Super State and Britain, once again, will endeavour to stand alone against the face of a tyrannical regime on the edge of Europe. This blatant scaremongering, to coin a term often employed by those dismissing the concerns of businesses over jobs from Europe, is hugely dangerous. It stirs up distrust of European interests and serves up a cacophony of nostalgic and hate-filled sentiments, dressed up as legitimate and acceptable concerns. If Theresa May attempts to placate and please these outliers she will lead her party to gargantuan electoral castigation and politcal banishment.

There are many problems with the European project, which has betrayed its original function, gradually increasing ever closer political union and stripping member states of their sovereignty in the sagacious disguise of ‘cooperation.’ As an extremely soft and rather reluctant Brexiteer, I can relate to the issues raised by those at risk to the Customs Union and even greater integration in Brussels, particularly concerning law and sovereignty. However, the remorseless state of those pursuing, come what may, the result of the 2016 vote will lead to dire economic and social consequences, the start which we have already been able to glimpse. Those Tories couldn’t care less about the real life impacts of the decisions they make. They have been totally immersed in the luxury of career politics, fighting small issues in the constituencies and, as David Cameron put it in 2005, banging on about Europe. They have, with rather large slabs of help from Boris Johnson, the minor delinquent Arron Banks and the sly political genius in Dominic Cummings, destroyed the country’s reputation and world standing, along with a few tens of thousands of jobs. The country will never forgive them. The Conservative Party that only a few years ago was socially and economically liberal, with odd fringes to the sides, should root them out. If they don’t, the Conservative Party will let in the man who poses potentially more danger to the country and their party. Jeremy Corbyn.

A no-deal scenario would obviously be disastrous for both the UK and the EU. The very notion of crashing out without an agreement with an organisation that affects us all is able to strike some fear into the most adventurous of business people. Despite this widespread anxiety over such a calamity, the zealots who pursue their cause without thought for compromise couldn’t care less. They would rather drive the country off a cliff-edge than give a single though to the ramifications. This perilous attitude will not bode well with the people or with the party in the long-term.

The disastrous and calamitous leadership of Iain Duncan Smith and Michael Howard during the Tories’ long period of political exile exemplified why the hardliners can never successfully or competently rule a major party or government in Britain. Despite heckling from supporters, those two are not ‘elder statesman’, just like their similarly aged counterparts in Parliament. They are just white, stale, male bores who rant continuously about their one play-thing of choice: Europe. Next year, they will, lamentably, get what they have craved since the wild days of Oxford in the 70s. They will have succeeded in their lifelong quest, showing two fingers to Brussels, oblivious and uncaring of the consequences. And then the country will despise them and only the other catastrophic bunch could fill their place.

One thought on “Don’t fall for the act: The Hard Brexiteers are extremely dangerous”