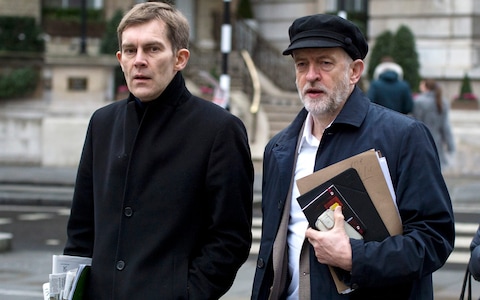 The fact that John McDonnell’s speech in Liverpool yesterday barely made any headlines shows how extreme the far-left of the Labour Party has already become. Bringing back Clause 4, one of the most forceful and important sentiments of any party in Britain, is a sign of the radicalism we could easily see under a Corbyn government. If the Jezza is still in charge when this might happen, however.

The summer has showed the growing divisions among the Labour Party.  Despite the strong divisions in the Conservatives over Brexit, Labour is still behind in many national polls, fuelling discontent with the leader from some of the other shadow cabinet ministers. If Corbyn is further demoralised and the polls don’t improve, then McDonnell could easily position himself quietly for a future leadership challenge.

The other side of the argument is that Corbyn does not lead the party anyway. Since his first day as leader, JC has been directed all the way by former Guardian columnist and now Chief of Staff Seamus Milne. Milne, a life-long hard-left figure who stood for the Maoist Party at Winchester College as a teenager, has always strongly divided opinion among the Westminster elite. With the prevailing perception that Corbyn, who gained lowly A-Level results, is not the brightest, Milne, who went on to Baliol College, Oxford, has been seen as the brains behind the resurgence of the far-left of Britain’s second party. Despite being a controversial figure within the Parliament tearooms, Milne is an effective operator, who has transformed the leader into a ragged protest figure into a potential Prime Minister, even if it meant gaining little friends along the way.

Another figure is Keir Starmer, whose speech today at Conference was given a rapturous reception, is also a potential contender. Showing admirable prowess in opposing the Tory Brexit plan, he has also struggled to come up with a credible solution himself, and is seen by some in Momentum as a moderate.

If another snap general election is called after Brexit, the Labour Party will surely be in one of the best positions they have found themselves in for years. Despite power being within their fingertips, the campaign will not be fought by Jeremy Corbyn. The party has been trying to get out their domestic message all year, but it has been mired in daily accusations, which has potentially fatally damaged the leader’s image. Mr Corbyn may not even be that leader before too long.