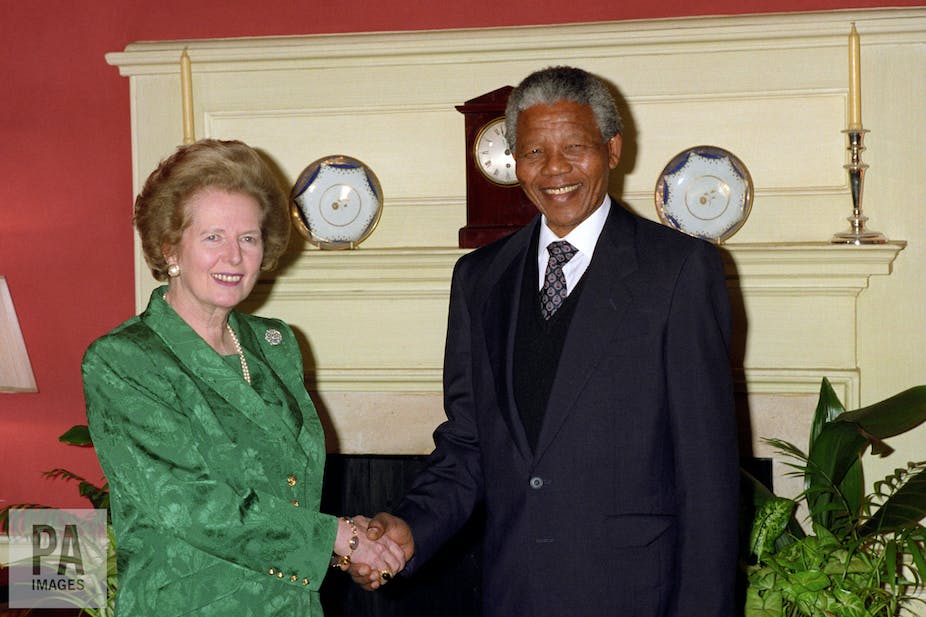 For years, especially since the death of the Iron Lady, there has been a concerted effort to enforce the belief that Margaret Thatcher was a racist, homophobic bigot, out of touch with modern ideals and stuck in the past. These claims need to be discredited, before they enter the historical psyche. It is true that Section 28, which explicitly ruled out the promotion of homosexuality in schools, though didn’t deny discussions and general acceptance, was damaging to the LGBT community at the time, and was rightfully repealed later on. But the claim that Margaret Thatcher thought Nelson Mandela was a terrorist threat is simply not accurate in any way.

This particular internet myth has come into the limelight once again because Michael Crick, obviously not a good enough journalist to have given a question to the Prime Minister of the United Kingdom a quick Google search, put Theresa May on the spot by asking her whether she agreed with the late Lady Thatcher that Mandela was a ‘terrorist.’ I think that this claim needs a bit of context.

In 1987, the Iron Lady was a Commonwealth summit in Vancouver. At the time, the African National Congress, now known as the ANC, were active in a low-level military campaign against the apartheid regime of the time. Other leaders present were putting pressure on the Prime Minister to impose sanctions on the National Party government. This she sternly refused to do, in her typically firm style. The ANC were threatening to target British companies in the region, and therefore the Prime Minister was in no place to support them. “The ANC says that they will target British companies. This shows what a typical terrorist organisation it is” was her response.

See, no mention of Mandela, just a rigid response to a threat against British firms abroad, surely the right reaction from a leader protecting her citizens.

Indeed, Lady Thatcher was one of the leaders who promoted Mandela, during his imprisonment and afterwards. Instead of using the well-worn method of protesting and waving banners, however symbolic that may be, she worked through diplomatic channels to help ensure the later President’s eventual release. In 1984, when visiting the leader of South Africa, P.T. Botha, official records claim that she expressed her view “very firmly” that “apartheid had to be dismantled and Mandela released.” Trevor Huddleston  personally showed his gratitude for the efforts she made, writing that her words were “truly all I could have wished for”. The enigmatically named Anti-Apartheid Movement also showed their thanks for her actions in a letter. Mandela himself specifically stated that Thatcher was an “enemy of apartheid”, remarking that the only difference between the two was the way they went about pursuing their common cause.

To use a over-used phrase now espoused by those disgruntled with the times we live in, this conspiracy against the late former Prime Minister, is ‘fake news.’ Here we have another grievance against Thatcher that falls flat on it’s face. Calls for a statue in Parliament Square of the first female Prime Minister were torn down by ‘liberals’ (how they can manage to hijack that word and all it’s meaning while pulling a straight face is beyond me) demanding that she wasn’t really a feminist because she didn’t regard men as a foe and got on with her job, getting people to judge her by “the content of her character”, to misuse Martin Luther King, not by her gender, a leader who happened to be a women, and was not going to make a point of it.

The further away we get from the history we are describing, the easier it becomes to tune the past to our own ideologies and agendas, overcoming the real situations and context surrounding the specific episode in question. Just a quick search of the facts should do it, Michael, lest we start start spreading false accusations everywhere.